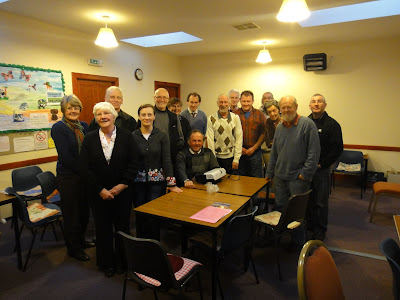 Speaking of AGMs, I was asked back in September to speak at the Central Scotland Branch of the DSWA at their branch AGM which was held last Sunday afternoon. We had to drive 3 hours straight from the main AGM meeting of the DSWA to Perth to attend this branch meeting.

It was good to see some familiar faces and share with them some of the exciting things that have been happening in Canada since I spoke there last nearly three years ago. I was able to show photos of the recent dry stone wall festival we held last October in Ontario as well as pictures of similar events in Washington and California. DSWA secretary Kate Armstrong wrote me today to say that some of the members expressed an interest in arranging some sort of public event along the lines of Rocktoberfest next year or possibly in 2012. 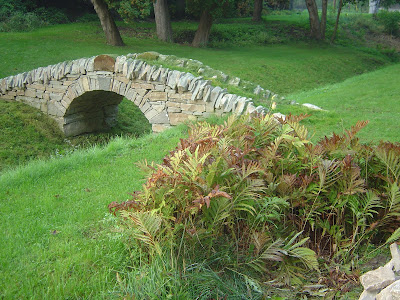 It is great to see how our organizations like ours in Canada, and the Stone Foundation and Marenakos in the States, can benefit from foundational walling knowledge provided by such organizations as the DSWA and then be able to put a new spin on it which then becomes the catalyst for new developments in promoting the craft back in Britain.

Posted by John Shaw-Rimmington at 1:21 AM