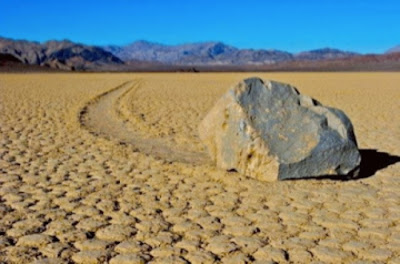 Stones are the most moving things on earth. People of all ages have been moved by them, as they are not only heavier than most other things, they also hold themselves together 'faster', and other things under them 'more fast' than any other naturally occurring material on earth. It could be said that they are traveling through existence at something way heavier than the feeling of, or speed of, light ( lightness ).
Because of their great internal 'wait' (weight X negative velocity) they create these unique three-dimensional extremely dense gravitational fields which look more like what you and I would describe as rocks, but are really stationary fragments of invisible geological force fields.
Since they have such a timeless inherent inertia ( invisible self-contained inner movement ) they have often been perceived as merely motionless and inanimate but this is not the case. They rock ! They roll. When their faults are exposed they make faces, They lie down in bedding planes, and 'split' along certain lines and shift, fall, slide and drop whenever they get a chance, just to mention a few examples. If you've ever carefully studied a rock on one, you will know they travel around quite a bit on a 'freeze thaw cycle'. 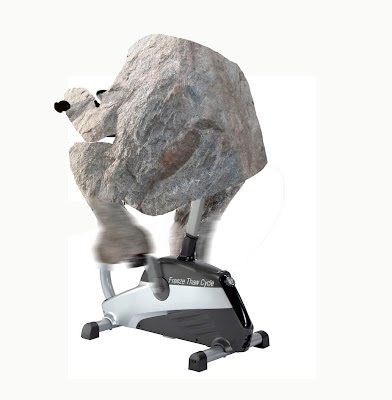 'Rock on a freeze thaw cycle'
It may not seem like its moving, but it is.
Posted by John Shaw-Rimmington at 1:24 AM